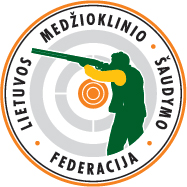 For some years we have been training in competitions and our results are improving. There are questions that are not related to the shooting technique, but not least important if we talk about mutual relations and respect for each other. It’s time to talk about shooting ethic. Although the atmosphere in our competition is good and there is no shortage of goodwill and courtesy, but why not get more good traditions and customs.

When we go abroad, and especially when we are dealing with shooters from England, France or Italy, we can see how respectful they are communicating with each other. We are talking about greeting, getting acquainted, trying not to interfere with each other, not to deceive. And not just between the shooters – the high regard is shown to judges and service personnel. Interesting detail, but having come to Latvia, we are not in a hurry to greet the operators on the site, as we would do in Austria, Italy or the Czech Republic.
Also, let’s consider whether we have the right to make a loud comment on the shots of another person at the time of firing? Often we can see how well-conceived counselors are sitting next to the shooters, who use their “wisdom” to shoot at the court. But the shooter, like all of us, pays money. And it pays to be able to show the result as it is currently ready. He tries to show the best possible result. For this purpose, they analyze their actions, accumulate and prepare for the shootings. But if anyone interrupts the shooting of your comments, or does it interfere with loud communication with someone, is it correct?
How do shooters interact between series? The logic of communication is such that not every shooter wants to be tortured with the thoughts about the result, the place to be filled in the competition, and other similar things that cause additional tension during the whole time of the competition. Therefore, is not professional to ask each other too often about what he hit, what he should hit, and how much he should strive. If you’re curious about finding someone’s results, you can always look at the scoreboard. Let’s help one by one – let’s not talk about what place to take and similar things. It increases unnecessary tension, prevents free communication and diverts thoughts to things other than shooting. Let’s not forget that such questions can be viewed not only as unprofessional, but also as a desire to harm a person.
In the competition, another shooter helps you to improve – after all, the competition, the higher scores of other rifles will encourage you to stumble and find new opportunities to improve the outcome. Therefore, shooters around you are not only rivals, but also helpers. And respect for other shooters is a must for every member of our sports federation.
One of the items of respect is clothing. The shooting rules specify what kind of shooter’s clothing should be – let’s make sure that you do not accidentally hit the competition due to ignorance. And our shooters on their way to the main competitions are always, with tense, and with club suits.
Recently, one of the best shooters George Digweed wrote a letter about the etiquette. This letter you can find FITASC website. But in short, he suggests reviving the tradition of gentleman sports. And take rigorous measures against those who cause havoc on the court, smashing the rhythm of the shooting, grumbling loudly and trying to gain an advantage by squeezing judges.
By the way, there is already an official reaction to these thoughts. From next year we will have new rules in the sporting contest. Under these rules, a shooter may quietly protest against an incorrect assessment in his opinion. However, if the judge is confident in his opinion, or after consulting with other witnesses, he makes the final spell – in this case, further protest or disagreement with the judge’s decision results causes severe sanctions for the shooter – he is removed from the competition. Even more – if thereis a second time in less than 5 years – this shooter is completely disqualified.

I want to offer an excerpt from James Russell’s book “Trap shooting secrets,” in which he talks about the etiquette at the time of firing.

“When you participate in the competition, you need to know the rules written and unwritten. Never break up the firing group’s harmony is one of such rule. Let’s try to figure out how it looks in practice.”

Match shots is an important thing. The shooters are very accumulated. Need to respect them. At that time there should’nt be conversations. Don’t curse, don’t demonstrate your acute violent attacks, don’t scoop the nozzle into the ground or air when you miss your shoot. This not only interfere with others, but also creates the very negative field of thought that extends the misses. In addition, you will get a bad reputation and shooters will avoid you.

Lack of emotion is the key that will unlock the door for higher results. When you miss, don’t show emotion. Don’t rub your head, don’t show the expressions of the acidic face, just take it. These harmful habits must be eliminated by self-control.